To support our local community during this time, we are now offering Free Local Delivery to AVL & GVL locations and shipping to NC, SC, TN & GA! Click here to shop onlineRead our response to Covid-19 here.
In support of our local community 🙌 we're giving FREE local delivery to select Asheville and Greenville addresses, and direct shipping to NC, SC, TN and GA!   Shop for Buchi →
X 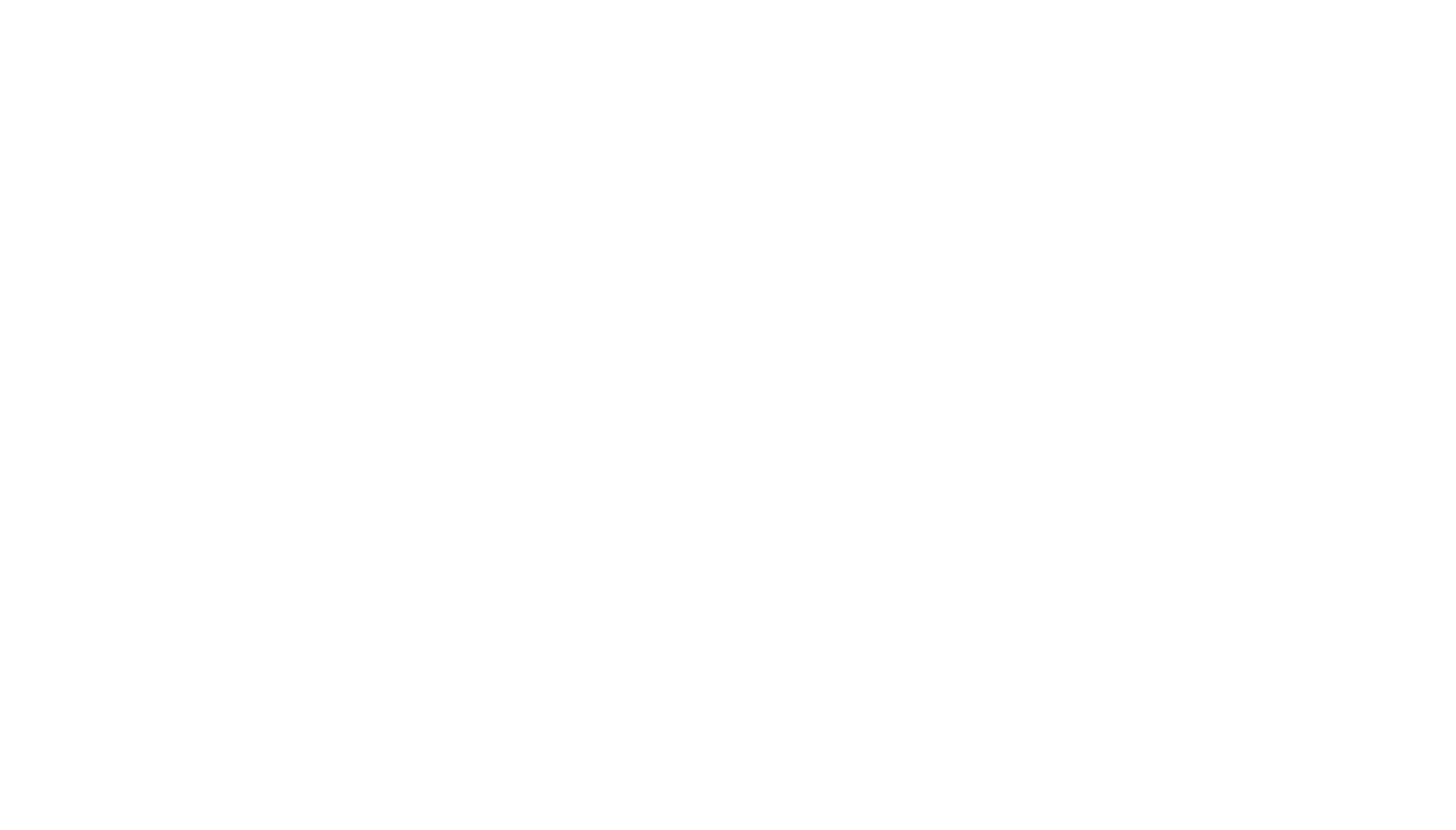 Thank you for entering!

One winner will be selected each week to receive a case of Buchi. Check your email each Friday to see if you’re a winner.

*This giveaway is only open for residents of the United States.
**A case is equal to six 12 oz bottles of Buchi.
Oops! Something went wrong. Please try again!

Welcome! We’d love to share some Buchi with you.

Enter your email for a free bottle.*

Thank you! We will be in touch.
Oops! Something went wrong. Please try again!

*offer only available to new subscribers 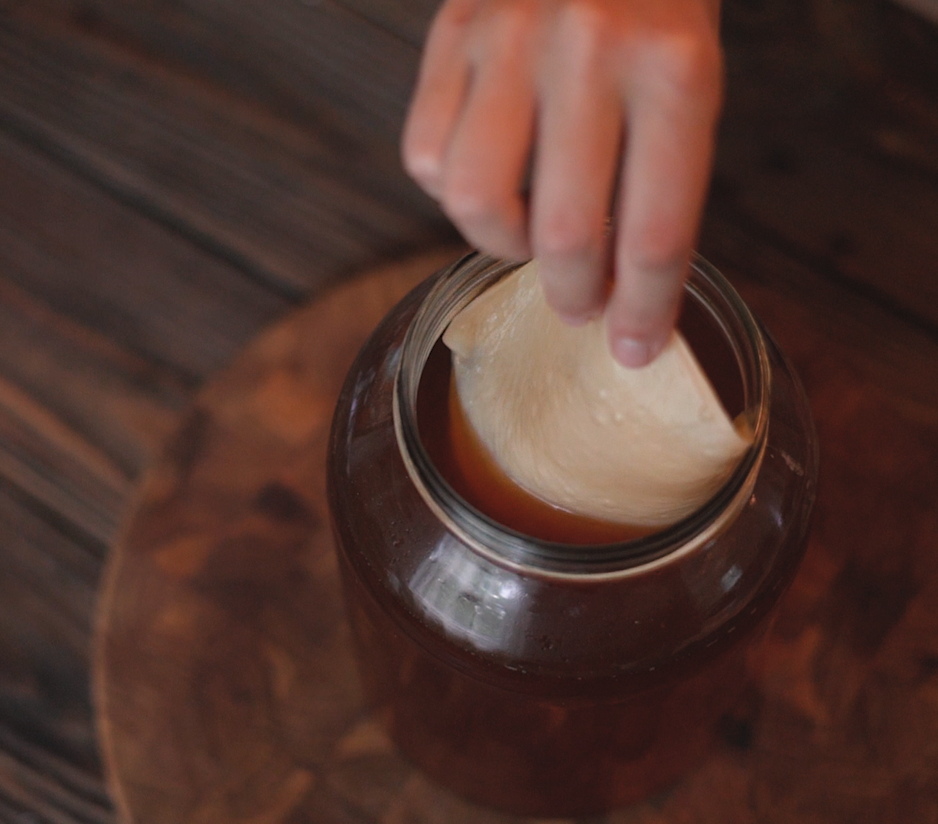 SCOBYs are weird and magical and mysterious. The purpose of this blog post is to lift the veil and talk about what a SCOBY is and how it contributes to fermentation.

You already know all about kombucha, and you’re a fan. The bubbly tang nourishes and delights you. The probiotic potency empowers you. But do you ever find yourself wondering what’s actually transforming a few simple ingredients into a living elixir teeming with digestive enzymes and beneficial bacteria?

It’s time to pay homage to the SCOBY, the living organism that powers the fermentation process. The SCOBY is the thick, slippery mass that forms across the top of raw kombucha. Made of cellulose - the same fibrous substance found in plants and wood - the SCOBY develops as a seal to defend the kombucha from contaminants. As it grows, it becomes a shelter for the colony of beneficial bacteria and yeasts that turn sugar and tea into kombucha.

Even though you may hear them referred to as pancakes, pellicles, or mushrooms, SCOBYs aren’t members of the fungus family. They’re communities of happily co-existing yeast and bacteria. This friendly co-existence gives the SCOBY its most common name, an acronym for “symbiotic culture of bacteria and yeast.” Since it serves as both protector and home for the millions of cultures that reside within its layers, the SCOBY is also sometimes called the “mother.” The SCOBYs that Buchi stewards today can be traced back over a decade to our very first mother, the source of our heirloom culture!

SCOBYs grow quickly when they’re healthy. Each of Buchi's SCOBYs is currently the size of a twin mattress! For devoted brewers of kombucha, the question of what to do with extra SCOBYs has inspired plenty of creative solutions. Leftover SCOBYs have been turned into vegan leather, nourishing face masks, and pet treats, and they’re considered by some to be nutritious additions to stir-frys, smoothies, and soups. At Buchi, we haven’t eaten our excess SCOBYs - yet! - but we do use them as compost. This gives each SCOBY new purpose at the end of its fermentation journey, and supports our vision of a sustainable system that nourishes every step of the way. 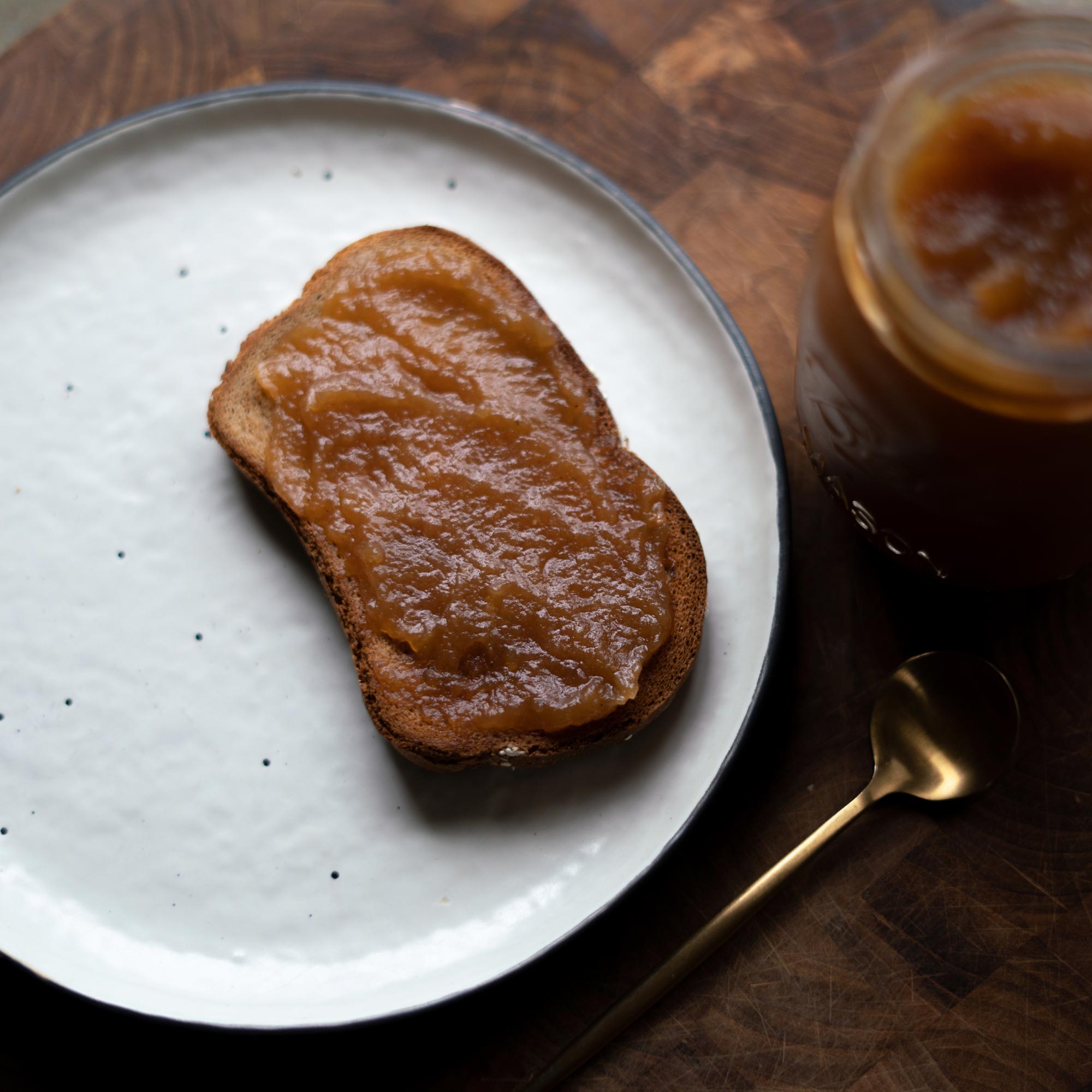 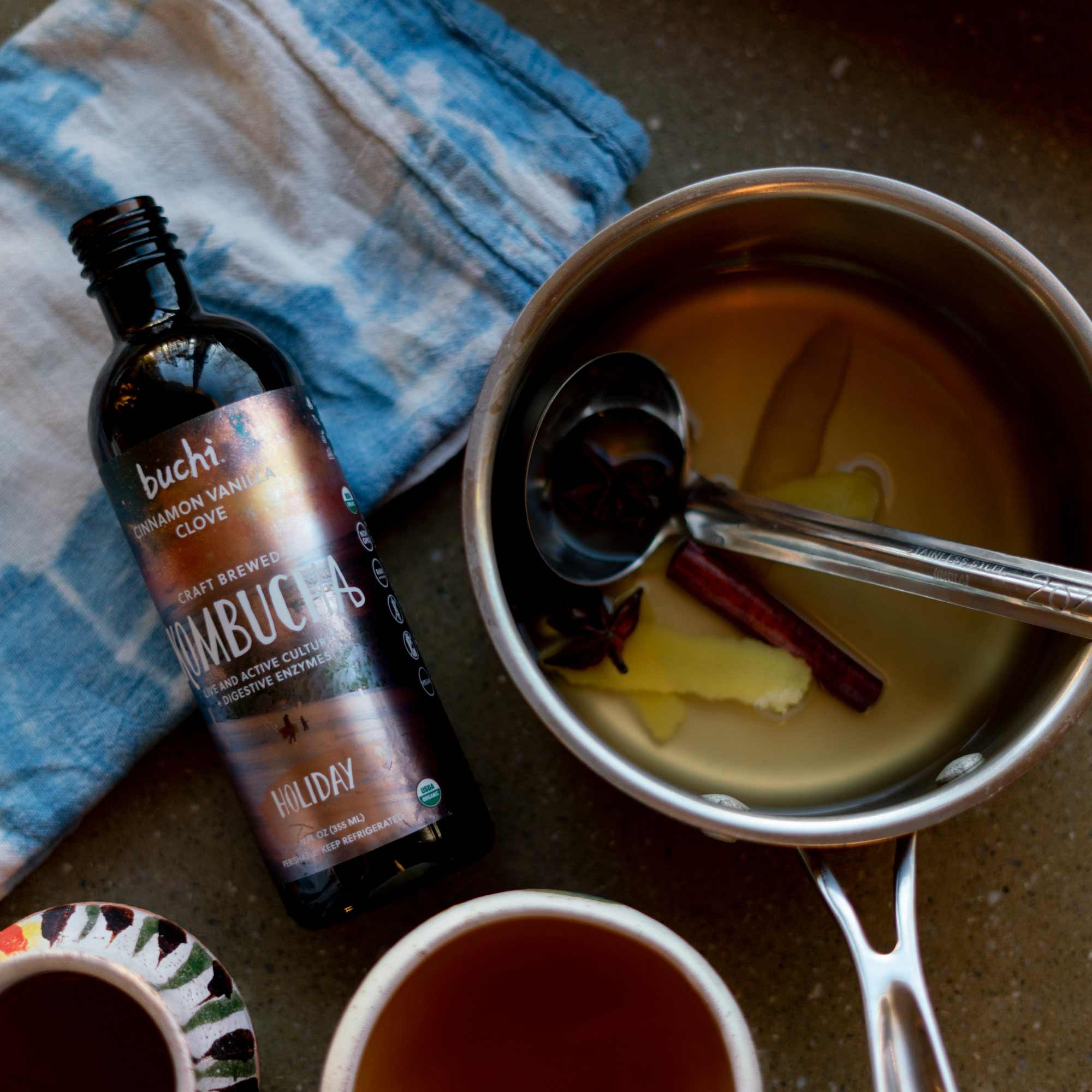 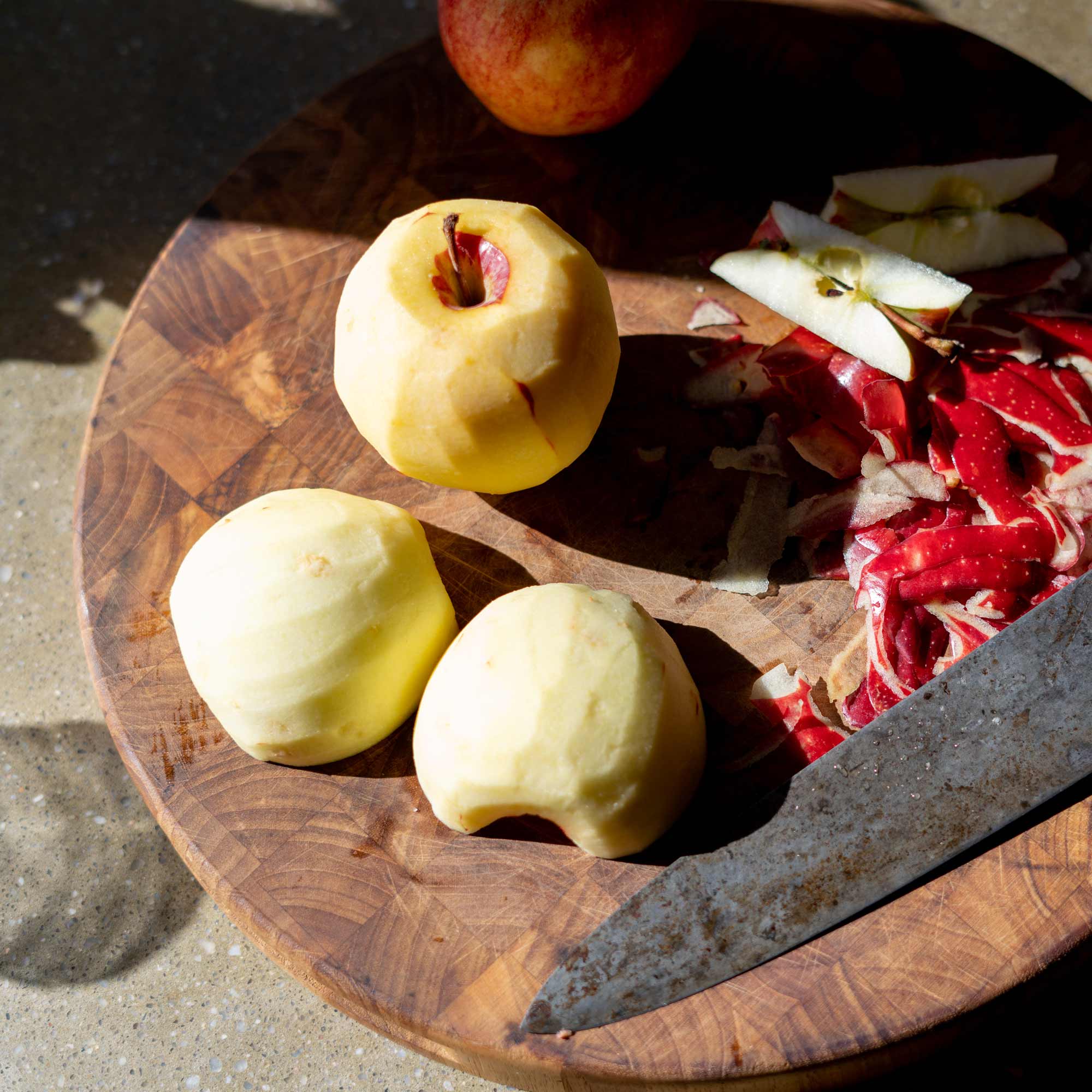 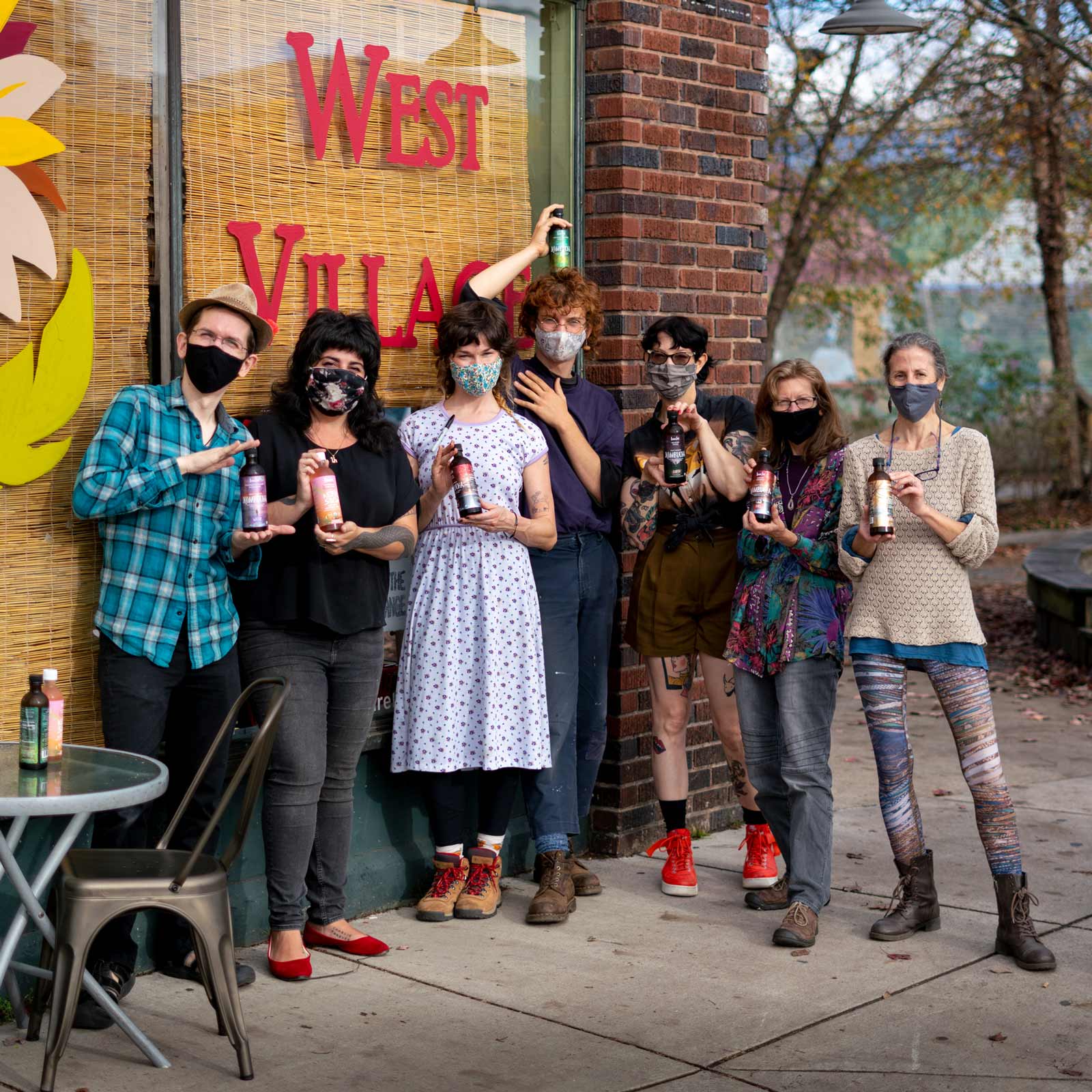 Vagus Nerve & Its Connection to Our Gut

How Gut Health is Linked to Mental Health

Read More
← Back to blog

Thank you! Your submission has been received!
Oops! Something went wrong while submitting the form.

Our purpose is to craft delicious, high-quality, nutrient-dense living foods; invest in the regeneration of our planet; and use business as a conduit for positive social impact.

Made with <3 in Marshall, NC
Copyright © Asheville Kombucha Mamas, LLC